With Christmas just less than two weeks away, most of us are wrapping up exams or the last few days in the office. Catching a holiday flick or two, to get into the spirit, sounds like a great way to pass the time .

Queue up one of these top Christmas films, and plant yourself firmly on the couch. Don’t forget to break out the cookies and eggnog (adding in a little rum is optional).

Here are the top ten Christmas movies of all time:

10. The Grinch Who Stole Christmas

Whether you prefer the animated version or the Jim Carrey re-vamp, this movie is a holiday staple for all ages.

This film is great any time of the year. Sit back and watch Bruce Willis as John McClane as he tries to salvage Christmas for holiday partygoers taken hostage by a terrorist group.  If you’re looking for a little action this season, Die Hard is for you.

Our favourite dynamic duo have grown up and reunited for this hilarious Christmas stoner-comedy (who knew that genre event existed?). Either way, the film presents a ridiculous story, and offers some solid laughs.

Bad Santa is another movie that doesn’t have the typical Christmas plot line.  It stars Billy Bob Thornton as a con-man mall Santa, and also features the late Bernie Mac and John Ritter.

RANDOM FACT: The unrated version actually holds the title for most profanity in a Christmas movie (ever). We won’t go into specifics, but if you need a laugh this holiday season – check it out. 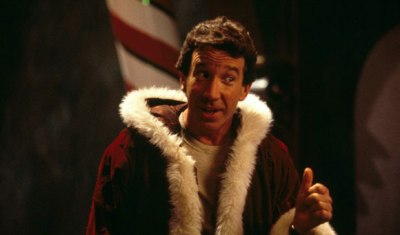 Murder? Identity theft?  It doesn’t sound like your typical Christmas movie plot line, but Tim Allen as Santa Claus makes for a hilarious two-hour adventure. Give this movie another shot. It’s definitely not the same movie you remember as a child.

While it doesn’t rank as high as its predecessor, there’s just something about a street-smart Macaulay Culkin that screams Christmas (ya filthy animal). 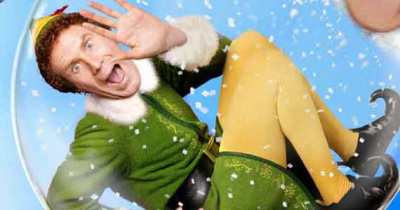 Will Ferrell, playing an elf, leaves the North Pole for the first time. Though it’s geared for a younger audience, Ferrell as Buddy the Elf, easily makes this movie a Christmas classic.

How could this classic not make top three?  The Griswolds are at it again with the Christmas version of their family dysfunction. A must-see for the holiday season! 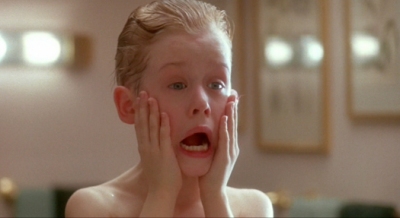 They say nothing beats the original, and this rings true for the Home Alone series.  Kevin McAllister has wished his family away (or so he thinks), and is left to fend off two burglars and a potentially murderous shovel-wielding neighbour.  Again, not your typical Christmas plot line, but it will surely get you in the spirit.

There isn’t enough space to describe why A Christmas Story holds the number one spot.  There’s a reason it’s played on television for 24 straight hours every Christmas.  This heartwarming comedy is about a boy named Ralphie who tries to convince all adults within earshot that he deserves a Red Ryder BB Gun for Christmas.  If this classic doesn’t get you in the spirit, nothing will.