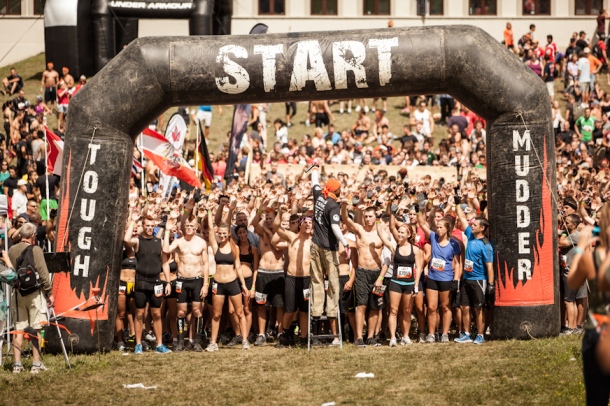 Tough Mudder, the popular marathon with obstacles called ‘Fire in your Hole,’ and ‘Ladder to Hell,’ is facing a lawsuit after a participant died on a course.

The company was named in the wrongful death complaint filed by the mother of Avishek Sengupta, who died at a Tough Mudder event in April 2013.

Sengupta was pulled from a mud-filled pool at the event in Gerrardstown, West Virginia without vital signs.

The 28-year old was in the midst of completing an obstacle called ‘Walk the Plank’ where competitors are challenged to jump from a 15-foot platform into a man-made pit of muddy water roughly 13 feet deep.

The death was ruled accidental by the Berkeley County Sheriff’s office.  But witnesses and video footage reveal the rescue response time was delayed.

When Sengupta did not surface after the plunge, his team members began to worry. It took several minutes after that realization before the rescue divers began to look for Sengupta.

It was reported to investigators that it took at least seven minutes before his body was pulled from the pool and resuscitation efforts began.

The suit alleges that the defendants were grossly negligent and failed to follow basic safety precautions, along with misleading participants regarding the safety of the event.

The estate names not only Tough Mudder in the suit, but also Airsquid Ventures, a rescue diving company, Travis Pittman, the rescue diver at the scene, Peacemaker National Training Center, the event location, along with General Mills, which sponsors the Walk the Plank obstacle.

Courtney Huth is a lifeguard based out of Chilliwack, B.C., who worked a Tough Mudder event in August 2012, at Ontario’s Mount St. Louis Moonstone.  She recalls an incident similar to the one in question.

“There was an incident where a guy jumped into the water, when another guy decided to do a back flip and landed on the guy who had just jumped. The first jumper came up, and was just floating there… They had to take him to an ambulance near the start [of the race].”

When asked about any recommendations for future events Huth advised “I would have liked to see more lifeguards at our station, because we were jumping in so frequently. There were three of us originally, but one of the other guards was moved to another location.”

At each obstacle, competitors are reminded with signage that they signed a “death waiver.”  The company’s website warns competitors that by participating in Tough Mudder you expose yourself to certain risks, including the risk of personal injury.

Tough Mudder did not reply to a request for comment.

A number of Canadian cities will host Tough Mudder events in the upcoming months. Including Bromont, QC, located an hour outside Montreal and again at Mt. St Louis Moonstone in Coldwater, ON.