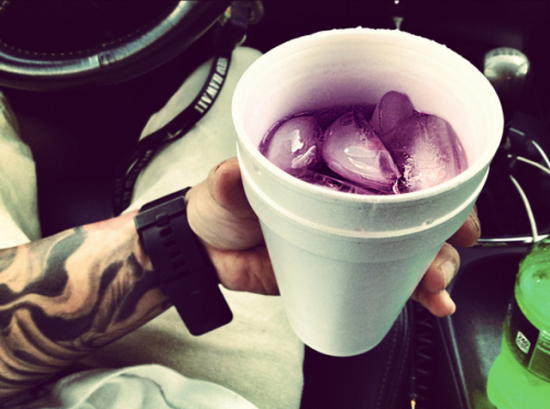 But it’s also used as a recreational drug, going by the street name “sizzurp” or “lean.” It is mentioned in rap songs, with some of the industry’s biggest names promoting misuse of the substance on social media.

The maker of the product, Actavis, doesn’t seem thrilled about the free publicity the syrup has been getting.

In a statement to TMZ, the company said it has decided to halt production of the product.

“This attention has glamorized the unlawful and dangerous use of the product, which is contrary to its approved indication.”

The prescription-strength medication is often mixed with fruit juice or soda. Sizzurp may leave the user with motor-skill impairment, lethargy, drowsiness, and a dissociative feeling from all other parts of the body.  Long-term abuse of the product may cause respiratory failure, seizures and can even be fatal.

Rapper Lil Wayne was hospitalized after allegedly overdosing on the mixture in 2013.  In the past, he has glorified use of the drug in songs like “Me & My Drank” and “I’m on One.”

In 2007, rapper Pimp C was found dead in a Los Angeles hotel room after suffering from respiratory depression due to an overdose of promethazine and codeine coupled with a pre-existing sleep apnea condition.

Canada’s own Justin Bieber is also allegedly a fan of the drink.  It was reported that during a raid of the singer’s Calabasas home earlier this year, four to five empty codeine bottles were found by the Los Angeles Police.

A bottle of promethazine codeine can fetch up to $800 on the black market. But Rapper Soulja Boy doesn’t seem too worried, after posting this picture to hisInstagram account Monday.

The photo was captioned, “Soulja got the juice. They say the streets dry. I say you gotta be kiddin me. I serve everybody.”