You’ve heard of ready-to-wear, but how about just ready to go? According to the New York Times the trend is on the rise.  With the paper declaring going bare-faced the new “it” movement.

Earlier this year you may have noticed an influx of women posting ‘no make up’ selfies to various social media platforms.  The fad only lasted a couple weeks but what went generally unreported is that  many women already dare to step out into the world barefaced everyday.

For examples of the trend you don’t need to look any further than social media.  On Twitter and Instagram the hashtags #nomakeup, #makeupfree, and in a nod to Beyonce #iwokeuplikethis have been trending for months.

They say fashion is cyclical and some believe the no make up trend is similar to the one we saw in the 90s when supermodels like Kate Moss graced billboards and magazine covers with a bare face.

Taylor Switzer of Peace Love Lipstick is a make-up artist based out of the GTA that has noticed the barefaced look is becoming more popular on and off the runway.

“On the runway you’re seeing more of that raw beauty. Eyebrows that aren’t symmetrical or even plucked for that matter.  People are starting to let go a little bit.”

But some suggest the no make up movement may be a part of a bigger fashion culture—normcore.  Normcore is described as a come as you are basic style, where the fashionable purposely try to dress unfashionable. If you need a visual reference think Steve Jobs or even Prince William, who has recently been hailed as a normcore fashion icon. 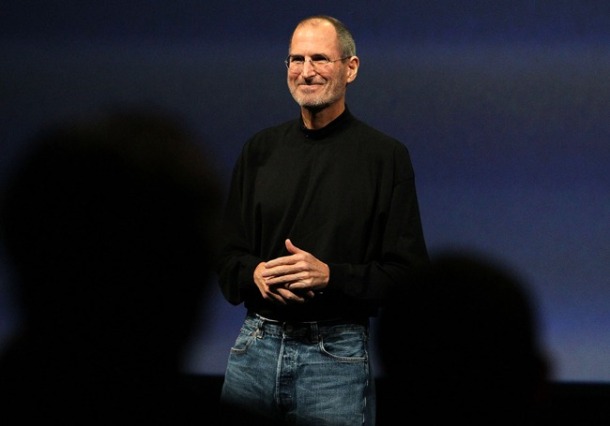 Normcore is described as a come as you are basic style, where the fashionable purposely try to dress unfashionable. If you need a visual reference think Steve Jobs (pictured here).

The internet is chock-full of tutorials on how to achieve the no make up look, ironically enough by using tons of make up.  Which begs the question are people ready to give up their cosmetic collections?

The cosmetic industry still has a stronghold in Canada, with the industry raking in$1.5 billion in sales in 2012 alone.

But  Switzer, who specializes in minimalistic makeup artistry said in her experience 80 per cent of her clients are wanting a more natural look.

“It’s becoming more and more of a trend, a lot more people are embracing their natural beauty and they prefer ‘no- make up’ make-up.”

The look entails enhancing your natural face by covering up small blemishes, adding mascara, or maybe a light lip gloss.

Switzer said she hopes the trend will last.  “It’s always fun to dress up and play with make up,  but for a more day-to day basis it is always nice to look like yourself.”